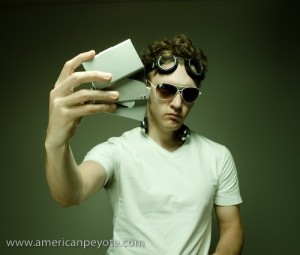 During my visit to the first Swiss StartUp camp I gave a talk/discussion on Idea Generation and Development. It was easily the most enjoyable idea exchange I’d ever been apart of. Ideas are something close to my heart, they fly around inside my head like a horde of horny humming birds during spring. I love the concept of understanding how ideas are created, how concepts change throughout time and how to be more creative in life. I was highly freaked out at the StartUp camp. I’m used to talking at BarCamps about photography and visual imagery, and every time I give a talk I learn how to better present ideas. Fear creeps up my spine when I’m standing in front of a room of people, and that’s half the fun of participating in a barcamp. I forgot to record the talk with my Zoom H4, so I went about re-doing my talk and recording it one night in my apartment. If you want to watch the video, I have to say that I perform far better when in front of a crowd, the energy and adrenaline and momentum of the discussion are impossible to reproduce in the studio, but I was able to renegotiate my talk, naturally there was never a script. A summary of the main points are included here for those who like to scan and speed read instead of watching and listening to my dry voice on an internet video. Basically I wanted to talk about and discuss how we generate new ideas, and how we develop and organize ideas.

So, how does one generate and develop new ideas? 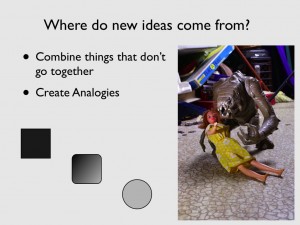 We use analogies all the time in life. It’s a concept we learn when reading stories. We look up in the sky and we see birds flying, so we create an analogy and build airplanes with wings which allow us to fly in the sky. We live in a multi-disciplinary world, and many times a basic idea in one place becomes revolutionary in another area. But it’s not necessarily the concept (of flying for example) which is important, it’s the way we go from A to B which can be revolutionary. What’s the opposite of a square? Many people will say a “circle”, and I’m inclined to agree. But this is only obvious because squares and circles are basic building blocks we grow up with. If you grew up only knowing squares, would you know that a circle is the opposite of a square? How would you change a square into a circle if you had no idea what a circle is. Yes, you can round down the 90 degree corners and eventually end up with a circle. But the question isn’t if you know that squares and circles are opposite, the question is if you could create a circle from a square without knowing how they’re related to one another. This would be a totally new idea, growing up in a square world and one day drawing a circle. 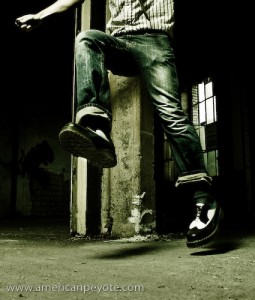 What once was cool is new and hip again. Many times the great new idea is really just an old idea that has been taken from the past and repackaged in a new technology for people to use and consume. What’s a basic example? Your parents used to be Hippies, and as a kid in the 1990’s you raided their closets to get some cool retro jeans and a leather jacket. In art and design old themes are continually recycled. Doc Martens takes the concept of wingtips and repackages them in the Doc Marten thick sole theme, and there’s a cool new product for people like me to buy (yes, I do love my Doc Marten wingtips). In the technology field, let’s look at one of the most important communication technologies of the past 20 years. Email. Yes, and what is “email” well, it’s like mail, but it’s been packaged in a digital, paperless form millions of people use every day. And just like cutting down the corners of a square, email has been whittled down to SMS, text messaging, transformed to the web on Twitter, which is the same thing as Facebook profile updates. Taking a retro idea and repackaging it to define the future is a highly effective way of creating new technologies and startup ideas. It’s just a question of how you perceive the past in relation to the future. 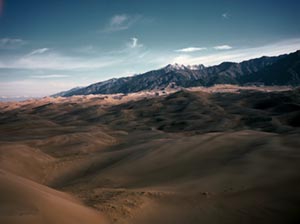 As we evolve as a society, from being farmers to living in cities, from working in factories to sitting in little cubicles and spending our days in front of a computer screen, you have to wonder how this affects our thinking processes. Let’s face it, there’s a basic code in our DNA which says we’re partially designed to build spears, hunt stuff, kill it, and eat it. Humans have bodies designed to move, run, adapt, climb – to react. And sitting in front of a computer screen is, not surprisingly, not the best physical state to be in if you’re looking for new ideas. The Latin motto of my over-priced highschool is, “Mens Sana in Corpore Sano” – the internet tells me this more or less translates as, “a sound mind in a sound body.”

If we want to create analogies, and reinterpret retro ideas, we need to be active. Go out in the world, explore, have a lot of sex, be passionate and curious about life. Sitting in front of a computer screen working on a project plan 24 hours a day is a sad way to live. I get some of my best ideas when I’m active, taking a walk, walking around a city shooting graffiti, climbing a mountain, sailing around the Greek islands. Take the time to be active in life, more active than heading to a StarBucks on a sunny Sunday morning. Being active gets your blood flowing, releases endorphins, lets you move through different environments, different cities, experiencing different ideas and cultures, and allows you to enrich you body and views on life. Don’t be a couch potato, be an active participant in life and good ideas will follow. 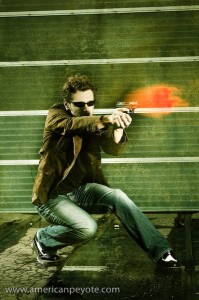 We’ve heard it a thousands times. A cliche is a word we use when we’re disgusted with an old concept being recycled in the same form without adding anything to the original idea. Like, using a gun in a portrait and expecting the resulting image to be cool just because a gun is used. The cliche is the “easy” answer without any evolution from the original form. Cars need to have wheels, airplanes need to have wings, girls play with dolls and buys play with G.I. Joe action figures. In a short time period a cliche can be very successful. You can also think of cliches as fads. Facebook may or not be a cliche in two years. Right now Facebook is for sure a fad, not much different from MySpace, if Facebook is going to be successful in the long run, it needs to offer a unique value to it’s users. Right now the only reason to be on Facebook is that all your friends are on it, but fads can implode faster than they rise in popularity. I got an email from my friend saying she’s leaving Facebook and I’m like, “yeah, no problem, we’ll go back to the old fashioned form of email communication.” By comparison, Flickr is a service which offers users the unique ability to distribute photography and visual media to an ever increasing pool of viewers. Great ideas need to give a perception of “value” to people who adopt those ideas. A cliche doesn’t mean an idea is “bad” but rather that it’s not giving people any new value beyond what is currently being offered. Anyone remember Friendster? Friendster was a cliche when it was released because it was basically like MySpace (to be honest, I only know I started using MySpace first), I don’t know or care if it’s still on the web (it’s still alive), I just know it didn’t add any value to my life and therefore I never used it. Flickr (not so different from a site like DeviantArt) gives me a great deal of value, allowing me to integrate and connect my text blogging activities directly to visual media distribution. Avoid cliches, give people new value in even old ideas, and you’ll have something unique.

Probably the most powerful tool I use in my head is the ability to ignore the boundaries between Art and Science. In school we’re taught that science, mathematics, physics and such are basically sets of static laws which we use to characterize and understand the natural world. By contrast we’re given the impression that Art is nonlinear, pure emotion, the expression of what is boundless. I say that Science is simply the current interpretation of the boundaries of what is known. Those boundaries sound static, but they’re not. The laws of science are really just our perception of the physical laws which govern the universe. But perceptions are “not” static, and have changed throughout history. They are changing now, and will be different in the future.

The world is not flat, but for a long time the perception of many people was that the Earth was, in fact, flat. Now we know it is round, and that the universe does not revolve around us. Or rather, the overall perception is that the world is round, how many of us have really tested this idea? The point is that if you just listen to what people tell you and let them form the boundaries of your perception of the world, how will you go from a square world to a circle? I say express the vision in your head within the boundaries of your environment, and then change the boundaries when your vision doesn’t fit the environment.

The Doors Theory of Project Management

Given an infinite amount of funding and an infinite amount of resources you can accomplish more things than you can imagine in life. The fact is, no matter how much time and money and resources are at your disposal, project management is still going to be the key to success. I like to think of projects as having a start, and an end, an A and a B. A square, and a circle. In between is an infinite number of pathways between A and B. Based on your available resources those pathways decrease, and it’s your job to move from A to B in the most efficient way.

“When the Doors of Perception are cleansed, man will see things as they truly are, infinite” – William Blake

So, there it is, a rambling menagerie of generating ideas. Maybe it’s a bit too philosophical, but that’s the kind of guy I am. Use analogies to make unfamiliar concepts familiar, repackage retro ideas in new ways, avoid cliches, ignore the boundaries between Art and Science, and in the end, take some inspiration from Jim Morrison and the Doors as the backbone of your project management strategy. Find a cool idea which gives people value in their lives, and you might have the basis for the next great StartUp company.