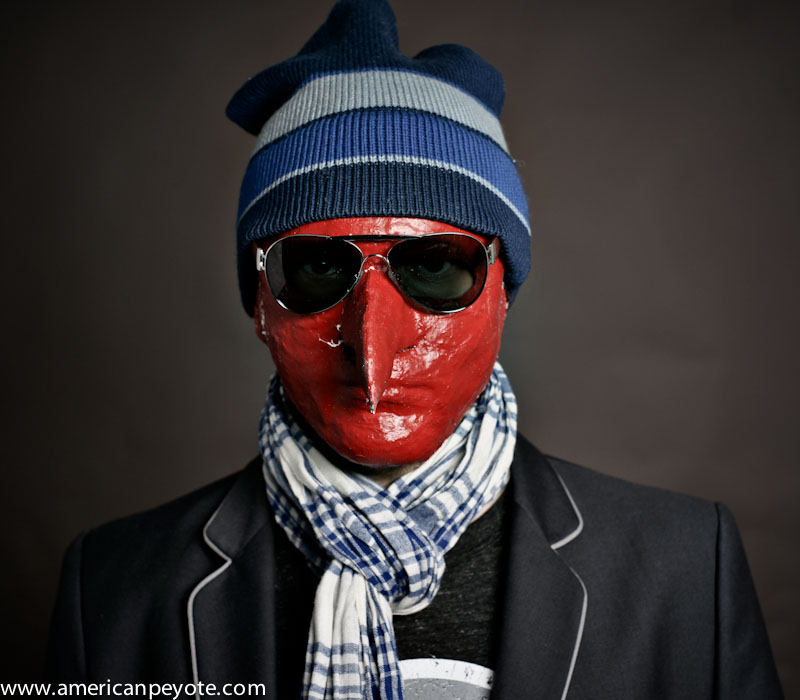 An interesting holiday has been resurrected in Detroit called Marche du Nain Rouge. It has some historical roots in the French-influenced history of the city. Apparently (I know someone who actually talked to a woman who saw it one night) there’s a devil (or dwarf if you like) living in Detroit, and has been there for some time. On March 20th the good people of the city gathered together and marched down the street dressed in red to scare the devil from the city. I imagine that the devil then scampered over to Dearborn and there was a party at Shatilla to toss the Jinn out of Dearborn. Then for sure it went to seek refuge in Sterling Heights to deal with little old Polish ladies who tried to bash his head in with rolling pins. Anyways, it’s a reason for a party and from the timing has some parallels to the Carnival season and the Fasnacht festivals in the German areas of Europe. With that in mind, my girlfriend offered to help design and make with me a fine red devil mask for me to wear on my vacation to Detroit this year. I’ll arrived too late for St. Patrick’s day, but just in time for La Marche du le Nain Rouge. 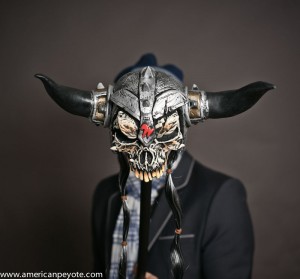 For the mask we decided to make a classic Fasnacht mask from plaster. The basic idea is to lay strips of plaster on your face and let it dry and then take that mold of your face and create the mask. This ensures that the devil will see your eyes, but not recognize you, making it impossible to take revenge on you later in the year. To make sure the mask doesn’t stick too much to your skin it’s good to apply a cream to your face before starting. So I closed my eyes and my girlfriend started spreading coconut fat on my face, and I burst into a laughing fit of a solid 10 minutes. Eventually I settled down and sort of fell asleep while she layered my face with wet plaster strips. In the end I spray painted the skin of the beast and let it dry for March 20th. As Fasnacht gear was being sold all over the Zurich area I picked up a sort of strange devil pagan skull on fine black stick to carry around the Cass Corridor. Sadly I had too much chocolate in my luggage and had to leave it in Switzerland. I imagine it will find an essential use at some point in my life, maybe for the next march. 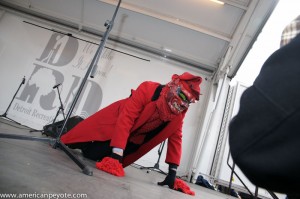 I am the Despair of Detroit

Everyone met at the 3rd Street bar around 1:30pm, and then the Nain Rouge appeared on the rooftop. He had a viel red face with sharp teeth and a devilish smile. From the shadows he took responsibility for moving the Pistons to Auburn Hills and stated that he is the despair of the city, a beacon of depression to steal the hope and quash the dreams of anyone standing within the city boarders. Merde de Tete Monsoir! From there a decision was made to march the Nain out of Detroit, and ah, he complied and everyone headed down the Cass Corridor to Case Park where a Cadillac drove up and Coleman Young walked up with the Spirit of Detroit and took the Nain away. The Nain was outstanding, but took a backseat to all the excellent people I met and checked out on the street. The Detroit Marching Band played excellent beats and I happened upon such characters as a Steampunk dude with a mini-gun for an arm and iron fist of Joe Louis. However, at some level I feel like I’m on the wrong side of the conflict. The Nain Rouge was in the area before Detroit was settled (read it on Wikipedia), so in reality the Nain is just defending it’s land, is this the message we want to communicate to the world, that it’s ok to kick the Nain out of Detroit, or Nainland? Shouldn’t we all try to get along? The Nain is possibly a quite upstanding fellow, who simply wishes to enjoy a Cuban cigar on the banks of the river while watching the sun set? I’m looking forward to flying into D-town next year with a new mask. 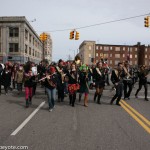 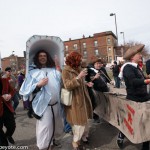 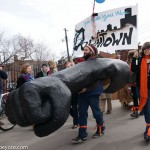 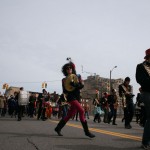 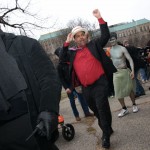 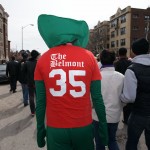