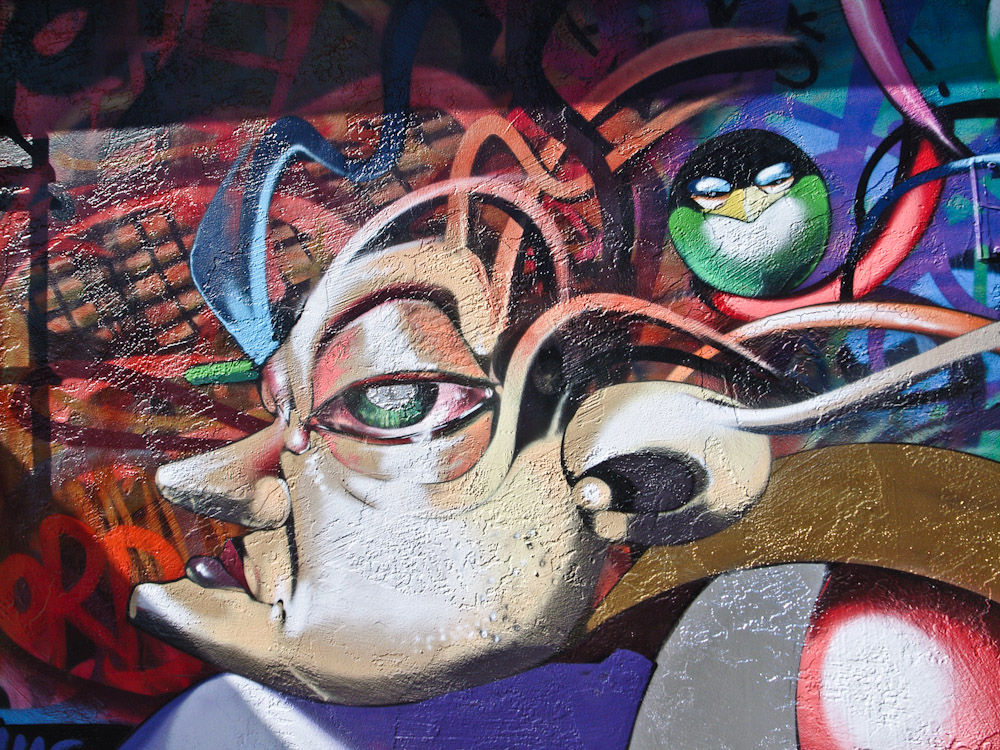 I’ve been to San Diego various times, mainly to speak about smart materials (active fiber composites) or to hangout around Pacific Beach. This time I wanted to see more of the downtown area and hunt some graffiti. Near the Padres stadium and the Gaslamp district, which is also in waking distance of the famous convention center, you are in what I call the consumption zone. If you’re not eating or shopping, you’re going to a place where you can eat or shop, or a homeless person on the street corner is asking for money. It’s a part of town designed for tourism and consumption, and everyone is selling something to you. There are a few works on the walls, but mainly it’s stickers on lamp posts.

Once you more a bit east, just off the main drag things start to get more normal. You won’t find much graffiti in downtown San Diego. The officials are very much against open graffiti. I guess this is partially because graffiti was used by gangs, partially because they want to present a very clean appearance to the outsiders. I don’t trust too many clean walls, it makes me feel like I’m in a sterilized city without a voice. Outside the city center you can randomly walk up Cesar E. Chavez Pkwy and you’ll find some amazing murals focused on the Chicano identity and Aztlan. The coolest graffiti project is a legal wall called Writerz Blok (http://www.writerzblok.com/). Writerz Blok was started to be a place for young adults to spray and create in a safe gang-neutral environment. They have a cool desert location with walls setup to spray on, and there’s also a breakdance floor and shop. It’s outside the city and free to check out, I highly recommend doing so.