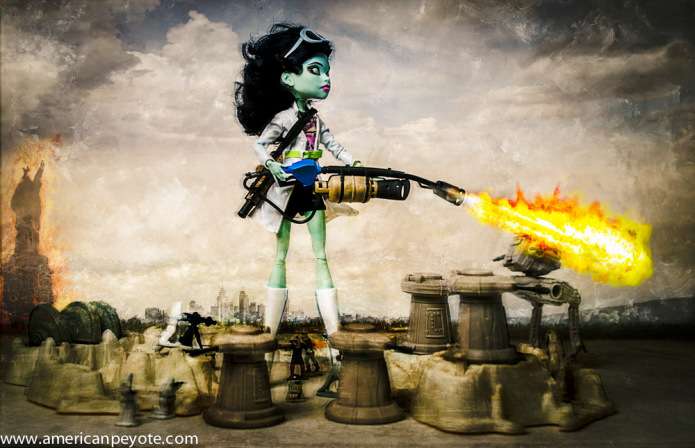 Every time I spend time in Michigan I pull out a bunch of toys from the basement and mix up them up with current toys. Over the last trip I focused on Monster High, mainly because the Scarah Screams action figure has a lot of elements reminiscent of the Matrix, and of course Monster High dolls have articulating arms and wrists, making them much easier to hold weapons than Barbie dolls. In addition, I found these awesome figures from what seems to be an excellent video game called Team Fortress 2. I was mainly interested in the weapons and picked up a flamethrower and mini-gun figure for their armaments.

Given their size, the mini Star Wars Hoth battle play set seemed like a nice landscape element to work with. In Photoshop I started to experiment with layering options found in open museum collections, which I found through the OpenGLAM website. Additionally, I found some archives of World War I images, which were rather low resolution but still worked well for compositing. The Toy Warz series now includes these key elements of children’s toys, war and art all in one project. The inclusion of realistic weapons from Monkey Depot to further blur the line between toys and realistic war images of aggression.

More of the Toy Warz series can be found on Flickr: 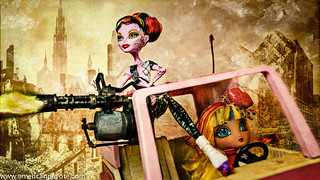 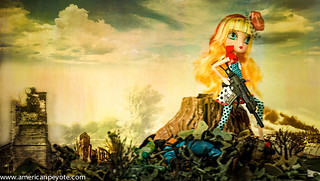 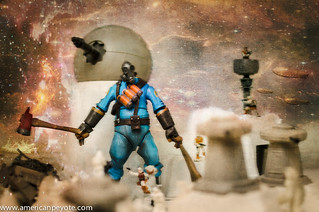 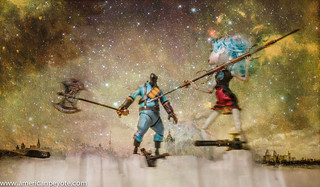 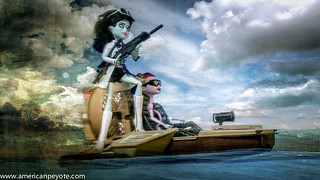