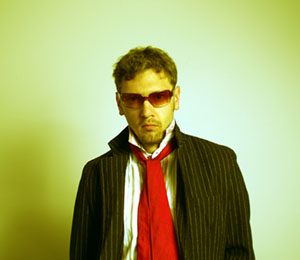 Spend five seconds on any photography forum and the topic of Going Pro eventually comes up. The premise is rather simple: someone takes up photography as a hobby, decides they like taking photos, realize that they can produce images similar to those of professional photographers, and want to become a professional themselves.

Ah, but now the question is:

Why? Will Going Pro really get you to where you want to be in life? Will such a move fulfill your need to create and exercise your artistic ambitions? I’ve harbored the thoughts of going Pro and, developed the following analysis. In general, I’m of the opinion that people who want to become professional photographers have done little in the way of thinking out any sort of plan to succeed – and as such, set themselves up for failure and under-achievement. If you look at the question from a business perspective, the initial realistic answer is to not do it unless you really, really, mean it, and really want to make money from it. The classic response to such a critique is something along the lines of, “Well – you know, it’s about artistic expression, not just the money.”

Right – but, if it’s not just about the money, then there’s no logical reason for becoming a professional photographer in the first place. By remaining an amateur you maintain your flexibility and avenues for creative direction without putting yourself in a position for bankruptcy. One classic reason for going Pro is to be able to be creatively expressive and get paid for it. But if that’s the argument, it’s far easier to learn some creativity on your own and integrate it into your normal life.? Such concepts are very well explained in the book Sparks of Genius. Going Pro and starting a business to fulfill such a need for creative integration in you life is absurd. And if you think about it, going Pro might actually imply that your avenues of creative expression will be reduced from day to day. To such a statement, some might say,

“But photography is about art and instant creativity, so professional photographers are getting paid to be creative, and I’m creative – so I should be a Pro.”

There’s generally a simple relationship between profit and product.? The market dictates what makes money and what doesn’t. Therefore, if you connect your economic worth to your photography hobby, you will have to produce images which the market wishes to pay money for. As I, like most people, don’t produce images with much uniqueness or character from a marketing standpoint, what would be the reason for going Pro? If you’re going to do something, you should do it right. For photography that means a business plan and a way to flourish in a market which is increasingly easy to enter and therefore chaotic.

Probably the biggest reason for not going Pro is “imitation protection.” In the marketplace, you have almost no protection against imitation. Lighting poses and strategies can be easily imitated, the only protectable element is your drive to succeed. This is important in any business, and in the case of someone like Michael Grecco or Annie Leibovitz, the technical abilities of the photographer is seen as secondary to the their visions and ability to interact with their clients.

As an engineer, reproduction is rather difficult. For someone to do my job they’d have to go through something like 10 years of training and maturation covering topics like writing, photography, biomedical, materials, and mechanical engineering. However, if I want to duplicate the look of Michael Grecco, reading his book and a few days of heavy experimentation with the right equipment will give me a very good feeling for imitating his style. 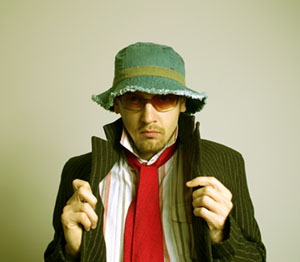 However, without his client list, reputation, and inter-personal skills, my ability to do his job is severely reduced. As a photographer, this doesn’t really mean much to me, as I’m more interested in developing my own look, just like I developed my own writing voice and interpretation on project management techniques and problem solving. This is not to say that amateurs shouldn’t be making money off of photography, but start small – and begin with a plan for profits. Figure out what you want to do and form an economically feasible strategy around it. If you have a thousand images, don’t just blindly sent them off to istock.com, figure out a stock photo niche and build around it. I think that integrating economic principles into creative fields and a hobby like photography is overall a good thing. The world runs on economic systems, and trying to imply that they don’t exist and that creativity and art and photography are pure forms of expression untainted by the complications of money is in some ways a tad short-sighted. Life is a crazy adventure, be fresh, explore new ideas and possibilities, but if you’re primarily interested in fulfilling your life via the integration of creativity, don’t blindly buy into the rumor that becoming a professional in the field of photography will solve anything or actually be a good idea.

3 thoughts on “Going Pro – The Road to Artistic Suicide”