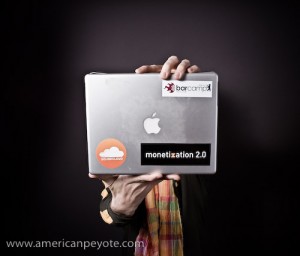 BarCamp Berlin 3 was, as can be best described in the popular vernacular of an MTV generation, “Off the Fucking Hook.” It was a barcamp by which future barcamps will be measured, it will always exist as a whisper in the internet night, lingering in the back of blogger minds until the apocalypse. As an American living in Zurich who happens to know a few people from the city, my view is that if you’re attending a cool party around Zurich, it’s probably being hosted by someone from Berlin. Expectations were high as I landed at Tegel Flughafen, and they were fulfilled in every tech geekiness sense.

The point of a barcamp is the free exchange of ideas. These ideas are mainly directed towards the internet technology sector, but all are welcome. So what were the great ideas that I was exposed to at BarCampBerlin 3.0? Some highlights from my view include ZooTool, presented by Hartmut Wöhlbier from Mannheim, it’s an interactive tool to replace bookmarking in the internet. I’ve started using ZooTool, but find it more useful for images, as it scans a page to see what content can be saved, and so far I’ve found it less useful for saving articles or text.  Alex Kawas received the most enthusiastic applause of the weekend for his talk about optimizing your sleep to improve your productivity. I asked him why when I have a few beers, my next day is extremely productive, but he admited that he did know. I respect this type of answer, becuase it’s far more useful than when a person starts bullshitting an answer to cover the fact that they dont’ know. 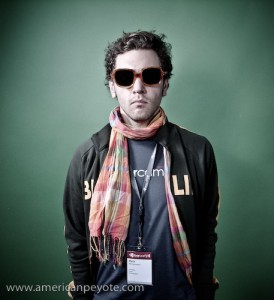 Of course, as a photography-centric blogger, I was highly attuned to the imagery topics. For a while I’ve been looking for a way to produce custom messenger bags with original artwork, and by the grace of the divine spirt a German company is doing exactly that. CROW’n’CROW GmbH allows you to create and eventually market your custom bag designs on their site.  This is similar to something like CafePress, but the quality of their bags is superior to anything I’ve seen so far, and I plan on getting a few bags from them. Currently their site is in German, which is great for me but so far they’re only targeting the German and European markets, watch them for eventual expansion to the States.  I talked briefly with their reps, and Steve said large orders to the US might be possible, contact them for details. On the photography front, Ole Begemann gave a demonstration on using Strobist inspired small-flash photography techniques. Ole is one of those new-breed digital photographers, who produces fantastic imagery despite not having a degree from the Brooks Institute. His Flickr stream has inpiring images from Berlin to Bolivia, and and many areas inbetween. Ole took me on a photo-tour of Berlin before the barcamp and now I’m highly motivated to go back to Berlin to shoot at the locations we scoped out. 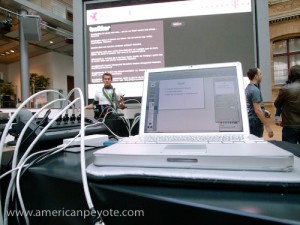 Bar Camp Berlin 3 was really a well-organized event.  The only problem was in the acoustics of the event.  The sessions were held in an open hall with dividers for to create small rooms, but the sound went up and reflected off the ceiling, making it hard to hear what was being presented. A minor thing. All in all Bar Camp Berlin rocked, and I couldn’t thank the organizers and sponsors enough. The event was held in the Hauptstadtrepräsentanz of the Deutsche Telekom. Every time I head to a barcamp I give a talk, and my talk at BarCamp Berlin 3.0 was on Sunday morning, centered on the use of visual imagery for blogs and the internet. This was an interesting experience, because I didn’t find anytime to sleep between Saturday night and Sunday morning. Although I was coherent, I somehow didn’t push the right button on my Zoom H4, and therefore the audio of the session was not saved for posterity. 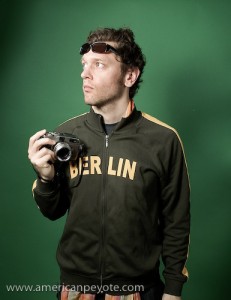 The real fun was later on Sunday afternoon when the city began to take on an unrealistic feel, and I felt like I was walking through a Pink Floyd video. I’m sure that Alex Kawas would have recommended sleeping at some point, but I had no desire to. The true value of a BarCamp is inspiration, and I got a lot of that in Berlin. I spend four days in Berlin, the first two were spent on photography and writing, going nowhere and doing nothing. I had my Zoom H4 with me and recorded sounds of Berlin, and plan to do some visual poetry combining the visual images and Berlin sounds. Hunter S. Thompson used to say that the weird never die, but I think we just like waiting until we have a reason to. He found his time, but I’m still waiting for mine.