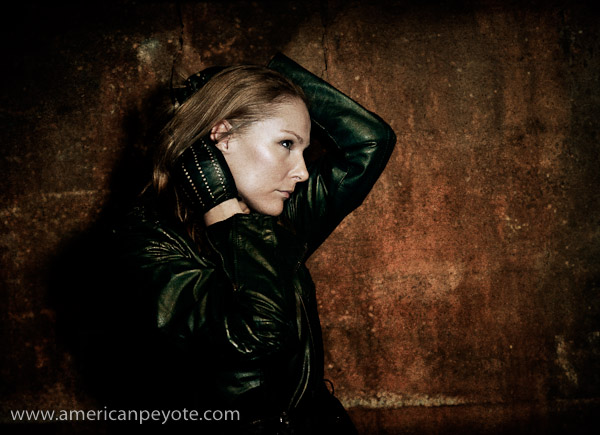 Probably the most frustrating thing about shooting with someone is that you generally only get to do it once. You notice things during a shoot and afterwards, and often time I wish I could shoot more with folks like Demari Vi Syth, Margarita or Arctica, but one lives in England, the other is based in the Ukraine, the third is in Germany, and being models, they’re often traveling to different shoots anyways. So if I were able to shoot with any of them more than once a year, it would be a miracle. That’s why it’s always awesome to have a local model to shoot with, and to develop a body of work with. When a model is living right next door you have the freedom to plan and re-shoot concepts as needed. You also come understand one another in a way, the shooting style, the posing methods, and this can bring a greater depth to a shoot and concepts. That’s why I’m eternally grateful that Jurgita lives next door.

I met Jurgita over the summer while shooting with Margarita, and we’ve since met to shoot on different occasions, either with a specific idea or just to produce some more imagery. We shoot in the studio and I’ve shot Jurgita around the Sulzer-Areal of Winterthur, that fabulous urban location every photographer in Winterthur and Zurich knows about. You go there on a sunny day in spring or summer and there’s always a wedding shoot, skate shoot, urban portrait thing or another going on.

Having access to the Areal is like having access to a large urban movie set. There’s a large parking garage to shoot in, which is mainly empty on the weekends and after 5pm on other days. I seems like you can basically do whatever you like there, including dry tooling (but probably you’d better not). There’s also a lot of small areas in the Sulzer-Areal complex including parking spaces, walls, staircases, and an illuminated bridge, all of which gives a vast canvas for the nimble photographer and model to play within. On location and in the studio Jurgita is open and easy to work with. She has a certain look, a subtle shadow of knowing in her facial features and cheekbone structure which give a certain something to the images. Shadows curve around her eyes like the the old songs of a mystic fire dance. She also has an eye for style and posing, which makes the shoot all more natural and authentic (sometimes difficult to find). Since both Jurgita and I like to shoot and model around, it’s been fun playing with lighting gear and concepts. For example, using an Orbis ringflash to add some shadow texture to the face, in a poorly-lit parking area. Or perhaps using a gridded octabox to define a lighting poem for the whole image, or just stepping out of that constrictive Strobist-Mindset and shooting with the natural street lights.

If you stagnate, your creativity and drive dies with your indecision and only the mediocre sentiments of lonely idea will sit upon your mind for a second before flying off into eternity. So stop hesitating and shoot, develop something and challenge yourself to be something which society has taught you that you’re not. My mind is a blank and the words have run on into obscurity so that I’ve forgotten the point.