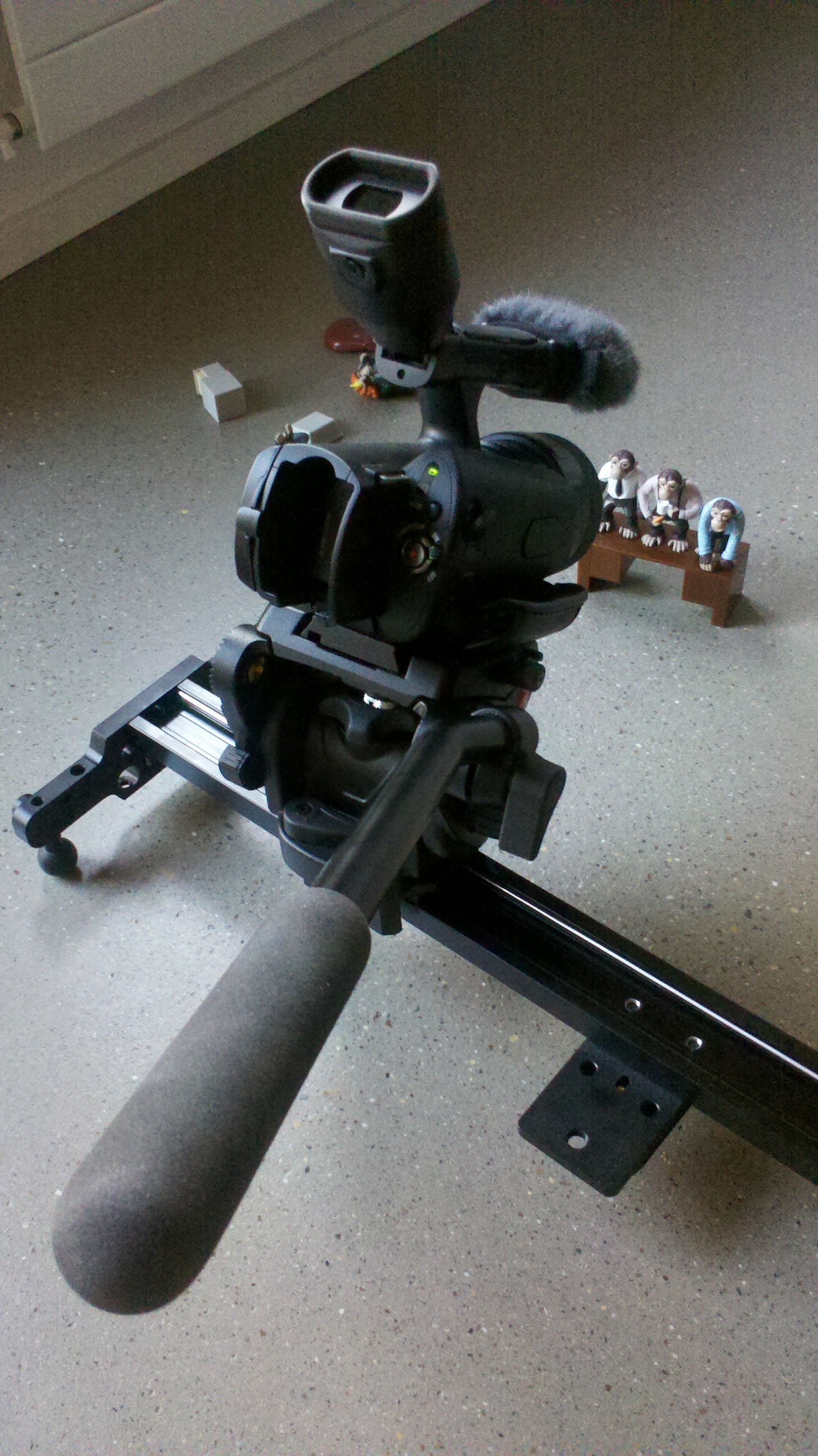 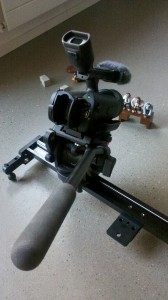 The video poetry project is in full pre-production chaos, perfect time to give an update on the process. I’ve been pulling ideas from the back reaches of my brain, shooting video, writing poetry, and listening to music from DJCue, all in an effort to build up the video poetry project. Here’s a breakdown of the pre-production journey so far, but first a recap. In July DJCue won the video poetry CreativeInvite contest on Talenthouse, where people submitted music and I picked one to work with. The goal of our collaboration is to create some original short films using his music and my video. How it has come together so far…

The theme is as abstract as ever, and I want to pull together the main components together and produce some magic (I know, that sounds like a load of abstract bullshit). This allows me to start from a few different directions. For example, write a poem and try to storyboard a film from it, shoot random film footage and cut it to music and then add poetry, any variation of the two and everything in between. The reason I’m making this seem so chaotic is that I’m still experimenting with the video poetry work flow, and as it is when I stare down a blank canvas, I’m a little freaked out it will all suck in the end. I see video poetry as a format in between the Art Film and the Short Film.

In an art film you try to communicate some abstract concept without dialogue, and the result generally loops on a monitor in a gallery or installation somewhere (that you need to watch looping for two hours before you get a sense that you might perhaps – sort of, will eventually figure out what the fuck it is about). In contrast, the short film communicates a story in a compact timeline, but is more likely to include traditional elements like a script, shot list, planning, etc. What I want to do here is to have a combination of the two, communicate an abstract concept as you might find in my mind and the traditional film workflow (as I learned it from Vincent LaForet on CreativeLive). This is more inline with how I create images in Photoshop or painting, where I begin with a base image or idea and then build around and layer it, the result being something I didn’t necessarily plan for from the beginning. The elements we have to mix and layer are music (from DJCue), poetry, and video.

The beauty of the video project is that DJCue handles the music production and I focus only the on video and poetry. Spinning in his bedroom/studio he mixes up productions for SoundCloud, Restorm and any manner of use in life in between. This adds a certain dynamic to the workflow, I don’t know exactly what he has in mind, he just creates stuff and sends it over, this challenges me to create poetry and video mixes which build on and complement his music. Check out his stuff on SoundCloud, Twitter (@therealdjcue), Talenthouse, and his blog. 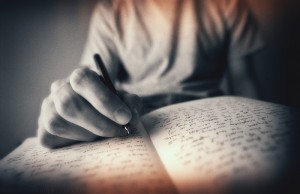 This is probably the most difficult part (aside from finalizing the final edit of the film). I hear music in my head, remixes of stuff from my past and I get inspiration to put words together, ending up in what you might call poetry or spoken word. But the words sometimes have a tempo of their own, and don’t always mix so well with music when I try to put them together later on. Visual imagery also has it’s own tempo, and if you start by just shooting from a story board, chances are you won’t end up with the right mix between the music and the words, I guess this is the conundrum from whence the profession of film editor arose from. My feeling is that it’s best to start with the visual arrangement in flexible blocks (let’s call them mini scenes) and then add the audio in the studio after adding in the soundtrack.

For video, we need tools. Tools include, my Sony NEX VG10 camera, audio via a Zoom H4, various lenses, and a Jag35 Field runner rig. Now that I have some ideas in my mind for other shots I realize I need a slider, or linear motion control device (to move the camera on a set of rails). I picked up an Atlas FLT, which will be needed when I head to Berlin. 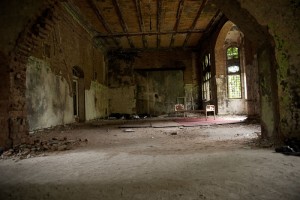 I like the concept of the urban landscape, and now that video is part of the equation, it makes sense to put together some footage in one of my favorite cities, Berlin – where I’ve much writing you could call poetry. I haven’t been there since 2010 when I visited the UXcamp. The idea this time is to go back for the Google Developer day and take a few days to shoot around the city with my VG10 and an Atlas FLT slider. Where? There are a number of options. My first goal is heading back to Beelitz, an abandoned hospital complex south of the city. Goal two, the Teufel-berg in the former West sector. Goal three…there’s too many goals to list in a place like Berlin.

I shot for a day in Beelitz in 2010, and fell in love with the place like most people do when they visit. The hospital was established in the late 1800’s and was taken over by the Russians after Berlin was taken in 1945. If you venture through the corridors you’ll still find Russian articles all over the place. It’s probably the most popular urbex location in Germany, on par with the Packard plant in Detroit, Michigan. Unlike the Packard plant, parts of Beelitz are being renovated, meaning parts are no longer accessible. However, the main surgery building was still open in 2010, and I want to get back there and shoot before it’s gone. The inside of the buildings are covered with grafitti, and all manner of creepy writings that will freak you out when the wind slams a door closed as you walk the corridors alone. Rumor has it however, well, not rumor but more fact, that some one died in Beelitz while exploring the ruins around 2010, and now the place is guarded, also to avoid further vandalism from hooligans haunting the forest.

The Teufelsberg translates directly as Devil Mountain. After the war Berlin needed to be rebuilt, and all of the trash, broken buildings and such were piled on top of one another and eventually the Teufelberg was formed. During the Cold War the NSA built a monitoring station there to snoop on the East, and the building with funky octadome radio installation is still standing. It’s unclear how open it will be here, but internet recon suggests it should be accessible, I may however defer to other places if it doesn’t work out.

It’s always good to team up with other creative folks on projects, and my main collaborator in Zurich is the photographer Ethan Oelman. We do projects together where he focused on photography and I focus on video, and then I mix the two together in a short video, our last finished collaboration was the video Dancing with Water. Lately we met up in downtown Zurich with a Med-student-model he works with. I took footage of her before the sun went down, and then I assisted Ethan as a light man, walking around with a softbox on a boom while he did the shooting.

Many times when I’m shooting still images I have a short movie playing in my head. The Bratz image series in particular is something I always wanted to animate, to have the scene include some elements of interaction. Now that I’m picked up Photoshop CS5 this is a realistic project. How it will fit into the poetry concept I’m still debating in my heads, but the potential is there to create some active elements that work into the shot video of the project. I started out with a simple Toy Wars image with some plastic Army Men and Cleo de Nile from Monster Highschool. Using the Puppet Warp tool in Photoshop I did some masking and warping to create a few animation frames of the American flag waving in the wind. Then I’ll scale that up to animating the sergeant and background elements (still to be imagined).

Bringing it All Together

So, that’s the plan. Shots form Zurich and Berlin, likely mixed up with strange animations of Bratz dolls and and Army Men battling in a new world apocalypse landscape.