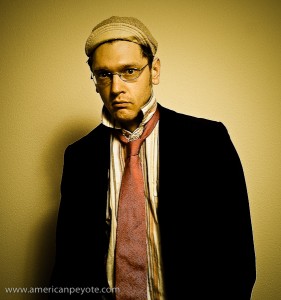 After a few years and various cups of coffee and a couple of things in between I’ve released my first book. It’s self-published – not official in the sense that someone has put up financial backing to get it into print. In the digital age, what is the point unless one has been approached already by a publisher? This is the value of the internet, the ability to side-step financial barriers to produce what you want and publish how you want. There was no specific reason for writing this book, I could have done it earlier if I were a motivated person. Basically I attended a wedding, too some pictures and started writing, thinking it would be a funny email to send out. Then I thought it would be a webpage and it just kept growing. After a while I decided that it needed some sort of form and turned it into a short story – a book, a literature-challenged novel, whatever you want to call it. I made it into a book, because this is the exact form which was required (as opposed to a blog post). I wrote it as a short-story because I wanted it to be simple and short, uncluttered and with a voice that is unpretentious and genuine (well, at least from my perspective). So here it is:

I. Everything else is background noise, feel the beat and ride it as far as you can
II. It means not looking for a return on your emotional investment
III. Last Thoughts Before Being Born
IV. Elixir of the Gods
V. Carpe Noct
VI. Only a determined removal of the thin veils of society sets the soul free…a beast approaches
VII. The night is also mortal
VIII. Epilogue

Basically the story is about a guy attending a wedding, and all the random thoughts on Love and relationships which infest in his mind during the festive event. If I tell you all the details now your reading experience will be ruined. I don’t know if it’s any good or not, but a few very cool people said they like it.

I could have left it on my computer, like writing stuff in journals and then leaving them on a shelf somewhere, but that’s like writing a letter and not sending it, what would be the point? The emotions and revelations are then left to sit – lost – irrelevant. Which is not to say that Revolt from the Singles Table is in any way important or significant in any sense of the universe. It’s a self-published book through Lulu.com and is available online sofort (immediately). It’s a pocket edition, not very long (meant to be carried around and easily left on trains or coffee shop seats), some of you know the backstory – and others of you can no doubt guess at it. I could have made it longer, but in the self-publishing realm of reality I can make it as long or short as I like, and this is the exact length that the story needed at this point in time. Names have been changed, certain facts embellished, and it wasn’t written to be a historical document – so it is for sure a stretch to call it non-fiction, and therefore, it’s been released as a work of imagination with accompanied footnotes.

More books are sure to follow, but not being tied to publishing responsibilities I can’t say there’s any specific timeline. Some day I’ll be poor and anonymous, but until that time – I’ll keep publishing under the American Peyote framework. Now the fun begins in this grand experiment, developing and executing a marketing strategy.

Order Revolt from the Singles Table from LuLu.com 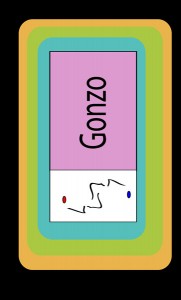