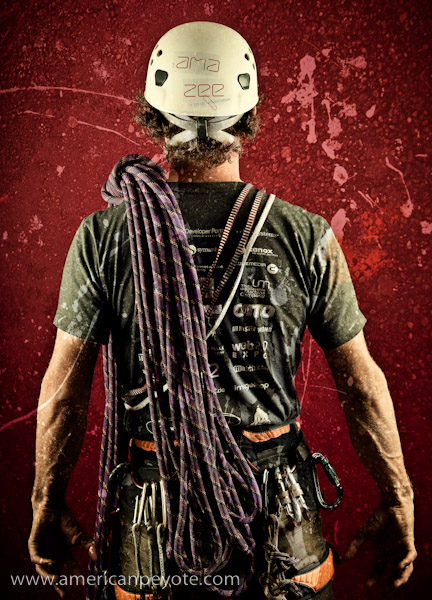 We always tend to start with a beginning, and find our way towards an end. Photography is simply a lazy Artistic form of communication. Sit in front of a computer doing Photoshop every night, and you run the risk of living a predictable plotline.

When your mind is locked in a tired day-dream-suspension of animation, where it’s impossible to focus and you imagine that a bed would be your best friend, then it’s time to say “yes.” Time to take an iced bottle of Vodka from the freezer, step into your Docs, and stroll confidently into the night. No other reasonably sane option you see, just have faith and propel yourself “forward”. My destination of the night was the Amazee Booster party at the Technopark in Zurich.

Amazee is a grassroots social networking and project management website. It’s a Swiss Startup and was having a booster party to energize funding and interest into different projects. Since it was a good time to say yes, I decided to attend. I like stepping into a comfortable set of street clothes and heading out when I feel drained by life. Sometimes you recharge the batteries of the body by pushing it further – see what’s in the shadows and alleyways of the night. Try hard enough and you’re sure to find what you were looking for – Cape Noct mon ami. The day is a time to hide and play out the pleasantries of society, the night is the time to take place on the Greek stage and act out all the monologues which embarrass us in the sunshine.

I got to the Amazee party sometime after 8pm. I didn’t actually know anyone, which was one reason I said “Yes” and decided to attend. The only requirement was a bottle of vodka/run/champagne and some booster money. I figured it was a good time to step out of my comfort zone and see how my social skills really are when fumbling with my not-exactly-fluent German. I figured I would go there and push my German language abilities are far as they would go. Parties are the best place to test these things, between the alcohol and noise you really see if you have any actual conversation abilities, or if your German is just a bit better than gibberish, fit only for asking for directions in Berlin or ordering drinks at a bar. Naturally, the Amazee people were as you would expect at an internet startup party, cool and easy to talk with.

Of course, one has to be careful when discussing things like, “internet parties.” When you say, “I attended an internet party in Zurich” everyone thinks something like, “What, you went to a Craig’s List sex party last night?” So you say instead, “I was hanging out with hip Swiss StartUp people at a company party.”

Amazee had recently been contacted by lawyers for Amazon.com, who asserts that the name Amazee is too close to Amazon, and therefore Amazee must change its or face litigation. This is like McDonald’s getting pissed at Burger King for selling french fries. It’s like Apple computer suing iRiver just for making an awesome music player. It makes no sense. Those who ask those in the know, know that Amazee derives it’s name from the word Amazing, which accurately describes the Amazee grassroots web platform. At least Amazee an original idea. Where does Amazon.com come from? The name is taken from a fucking rain forest in South America. Amazon.com is one of the least original names of the DOT.COM boom era, slightly more original than Buy.com and far less clever than Yahoo. The actions by Amazon.com is nothing but imperialist bullshit and internet strong-arming. However, this internet stand-down is slightly relevant to the night, as there was a white board at the party and people were putting up possible alternative to Amazee. I was slightly intoxicated and a moment of false clarity manifested in my mind. There was a pen, so I went slightly mad coming up with new names:

It’s such a shame I took up engineering instead of marketing and brand management as a career, but that’s why I publish a blog. The party was breaking up around 2am, and a few of us decided it was too early to go home. We headed towards Hive, the logical location if you’re coming from the Technopark and looking for a place to groove, but the beats were uninspiring and we took a cab to Helvetiaplatz and walked into Kanzlei, to seach out the Digital Shaman.