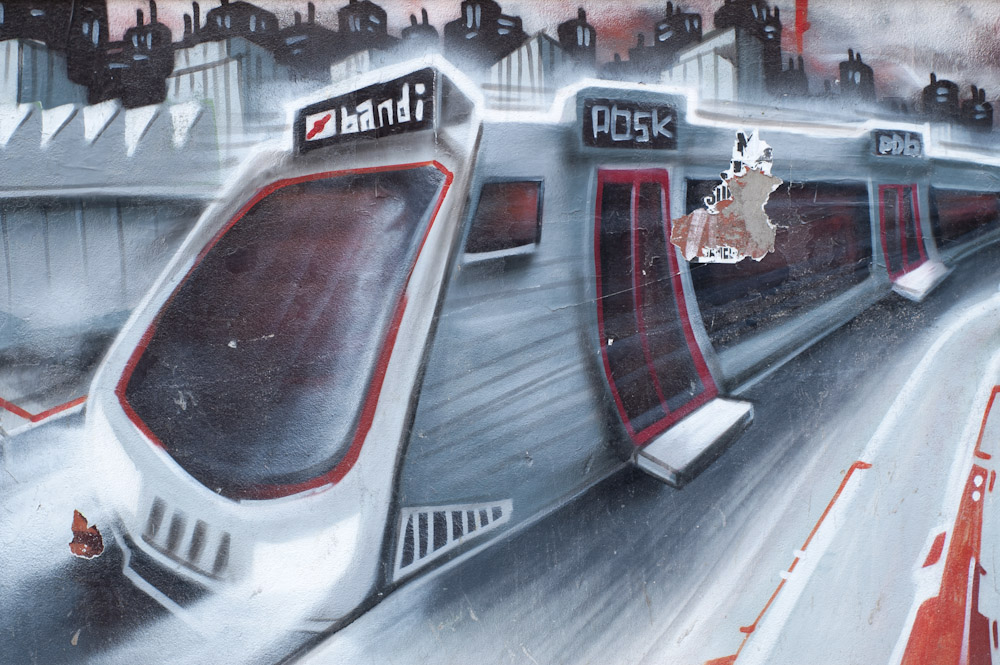 I was heading to a Strobist lighting workshop at Cern in Geneva back in 2009, and spent the day before the even walking around Geneva. Before walking through a Tamil Tiger protest outside the UN I wandered the streets looking for street art. Geneva has a high hip hop graffiti influence. The Zurich graffiti style is more akin to what you might see in Berlin, a bit harder while Geneva has a friendlier feeling of warmer climates. I think most of this stuff like the funky metro train are probably gone by now, the area was locked off when I shot there. I should head back there sometime, it’s been some time and street art hunting once in a city is like only climbing up a mountain once. It’s cool and all, but it’s the process of going back, rethinking thoughts you thought and feeling how the world around you has or has not changed as you have or have not changed. Maybe that’s why I like gong back to Berlin every year or so and making new photos of old graffiti I already shot years before. I’m heading to the European Pirate Summit in Cologne next weekend, and I’m looking forward to seeing the street art there for the first time, and photographing it.