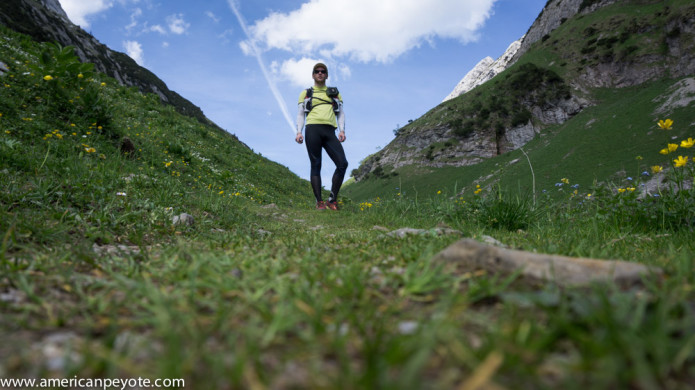 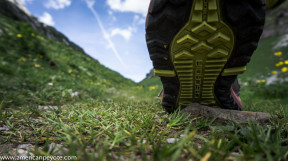 My head was exhausted and I needed an escape. My UX flows for lostinreality were past due and I was still working on organizing the overview for the Zurich Health Hackathon. I didn’t know where to start so I decided to skip out on everything and go trail running in the Alpstein in Switzerland. The Alpstein encompasses the massif around Mt. Santis, the high-point of the region, and according to tradition, the refuge of a mad weather man who had murdered his wife. The Santis region is dear to my heart, as it was the first Swiss region I started hiking in and could call my own, in so much as I could go there without a map and feel confident of knowing where I was headed.

I decided to start from Wildhaus, with the objective of summiting the Altmann, and then heading down to Schwendi. This is the perfect place for trail running in the mountains, which is essential for finishing races like the Sardona Ultra or marathon, which I dropped out of in 2013. The startup world has made my muscles weak, and I’ve made a commitment to myself this year of getting back into the mountain adventures which make living in Switzerland so different from anywhere else. 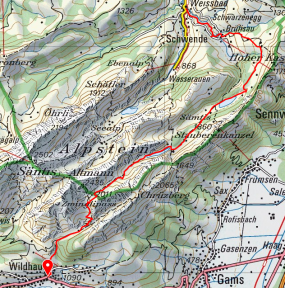 The route was pretty basic, start from Wildhaus, head up to the Zwingli Pass, then over towards the Rotstein Pass and head up Altmann. It was a beautiful day and I didn’t start running from Wildhaus until 3pm, which is rather late in the day, risking that I wouldn’t be able to make the last train in Schwende. As I eventually got lost and ended up in Brülisau, the deadline eventually became irrelevant.

I had just participated in an interview for a shot film on mobility in Switzerland, and I felt a certain desire to document this run. Being mobile for me is about choice, and retaining a sense of control and exercising choice in how you experience the world. Running over the Alpstein (or rather hiking quickly) gives you a true sense of how rugged the region is. Grass meadows and valleys define the foothills of Santis, the glaciers are mainly gone, but so early in the summer you still traverse bits of snow, and in between you might find cracked earth, more reminiscent in appears to a dry lakebed. 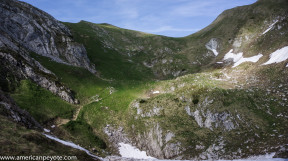 The word “daunting” fills your mind as you look up towards the Zwingli Pass, and you wonder if you’ll be moving slowly up it all day until the sunset. If you look back each pause, you’ll notice that the valley is gradually falling below you, and the mountain horizon begins to reveal itself. It is that horizon of hope and a view of an expansive world and future, that let my mind swim free of User Journeys and mobile app requirements, putting the larger picture into perspective. Once you rise above the details, it’s easier to focus again and systematically attack the problems at hand. When you’re out on a trail though, there’s nothing to do but head up, mind the weather, and make sure you don’t risk your life too much.

Cresting the ridge at the Chreialp the mountain panorama opened up to my eyes. The grass was starting to give way to the remnants of glacier formations showing up here and there at the higher elevations. The beautiful thing about the Alpstien though is that you’re still basically running over a gradual rounded field, the formations of neighbouring peaks are of to either side and clouds are just shadows adding layers over the green brush strokes and jutting rock slabs. Eventually I made my way to the Zwingli Pass Hutte, I had stayed there many years ago, it has a fantastic position overlooking the Churfirsten on the opposite side of the valley where I had started from. It was now late in the day, my assent had been slower than desired, and there was no chance to summit the Altmann as my water was getting low and it was after 6pm already. I instead headed down towards the lake of the Fahlenalp.

Descending the north-facing slopes is often fun trail running in this region of Switzerland because even in the early Summer you find long passages of snow. You just have to take large leaps and sort of shoe-ski down the slopes, which is faster than on rock and make me wish I had taken time to ski tour last season. Along the way I passed a family of Steinbocks, the mountain goats of the region and marmots sent high pierced warning signals through the air as I passed by, altering all the marmots in the vicinity to my presence. Eventually I was down at the Fahlenalp, where I could have taken a mattress to sleep for the evening, but there was plenty of light and I pushed on.

The Fahlenalp has a large alpine lake, parts of it recede depending on the water levels, and it forms a flat plane, now covered with blankets of yellow alpine flowers pushing up through the grass bed. The grass has that hopeful green like the intense hue that sustain Gatsby all thought years yearning for just another whips of Daisy. It is a golden corridor, and behind you stand the mountain gates, the fortress you just descended from, with militant towers on either side.

I had planned to catch the last train from Schwende at 21:10, but when I noticed that the signs only pointed towards Brülisau, I figured I should just head there instead. The sun was slowly falling into the distant horizon now, and eventually I stopped around Ruhsitz to watch the darkness embrace us. The fireball in the sky, so strong and relenting during the day was now a calm and gentle being. I stared longingly into her as she raised her warmth up towards my cheek, and touched my lips in a fading kiss before expiring. 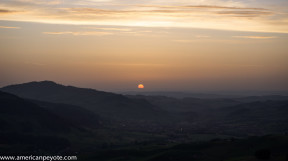 I ended up in Brülisau well after the last bus had left, and took a pizza in the Hotel Kroner before heading off to bed. On there terrace there was a dinner party of Swiss, elder Swiss from the region enjoying a fine dinner in the Alpstein. They were singing together in the local Schweiz-Deutsch language of the region, their voices carried across the valley, I had heard them on the descent into the village, I had followed the songs to the Hotel Kroner. There tempo was not unlike the title song from the the movie, the Grand Budapest Hotel, and every so often the cadence was accented with a powerful Yuuppp from one of the women. I wish I had had my audio recorder, and I wonder how long those songs will persist in the local culture. Then I had a short chat with local who had come in to order a Cafe Lutz, he told me he had been to Chicago once to show off Swiss cows from the region. I used my hand to illustrate Michigan (where I’m from) and the position of Chicago in Illinois. The next morning I ran to Weissbad and jumped on the train back towards Zurich just as I arrived. 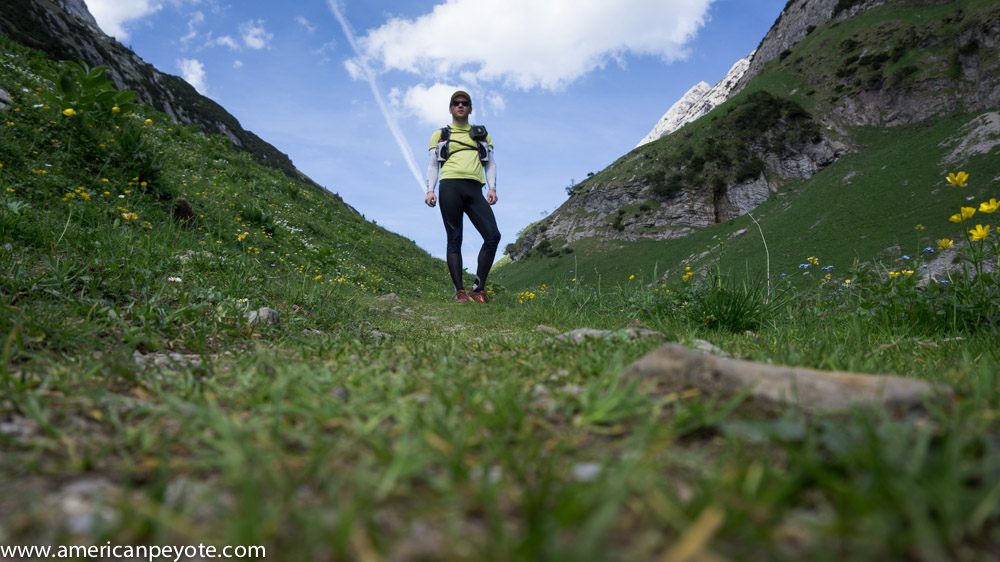 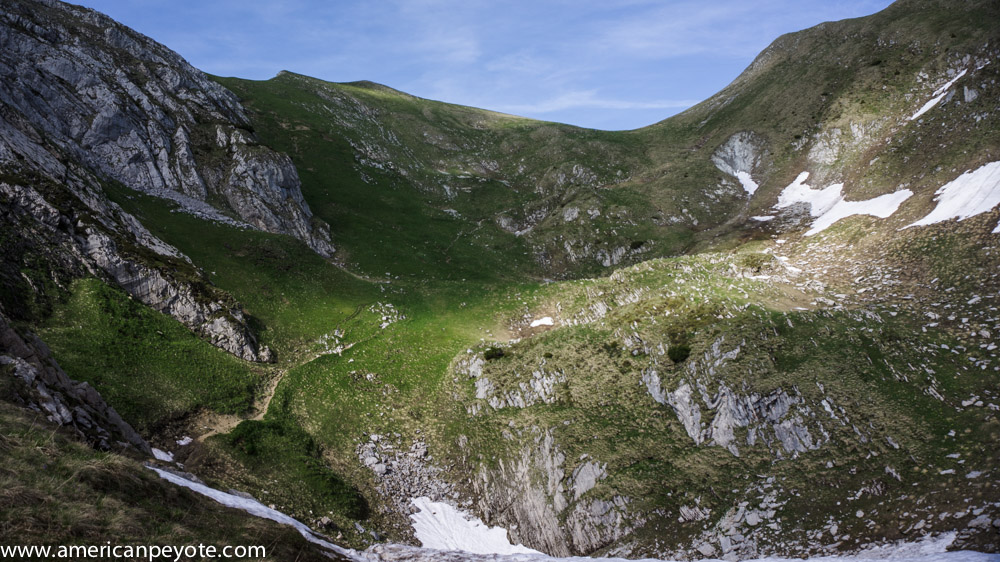 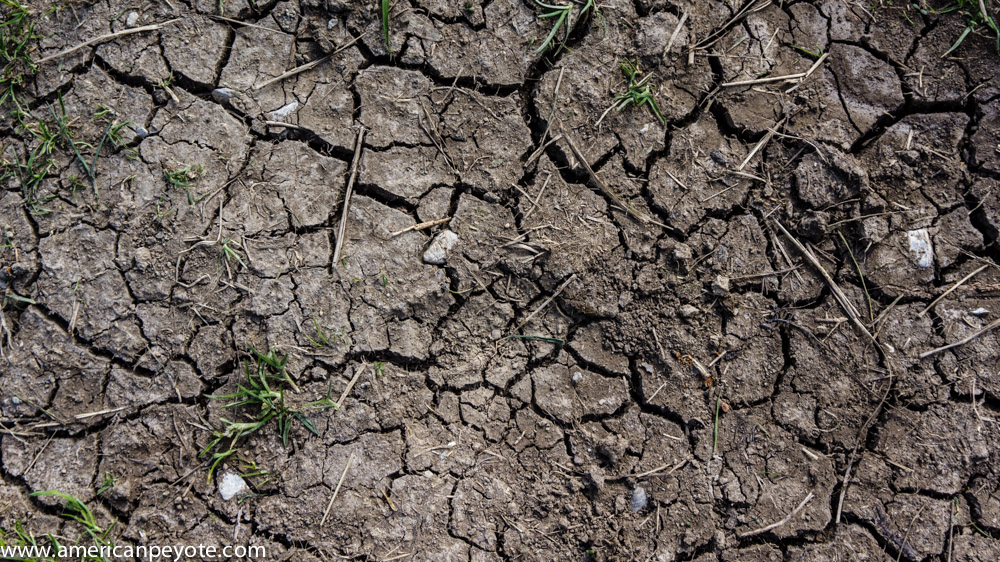 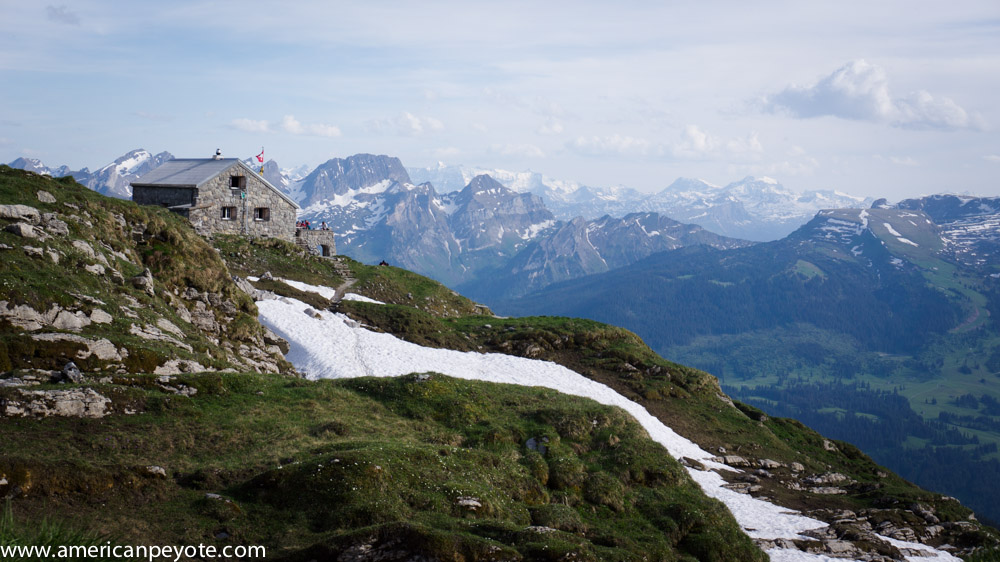 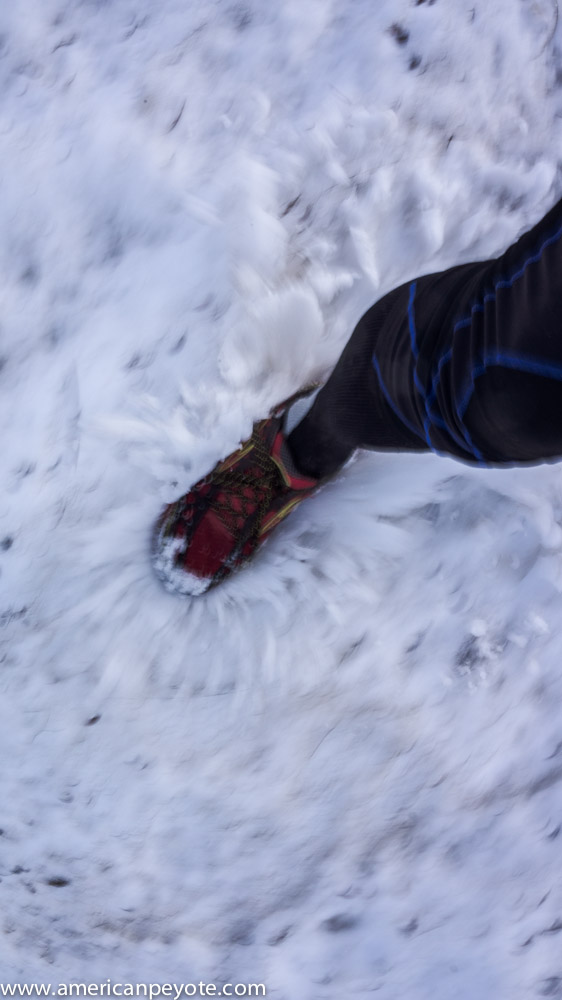 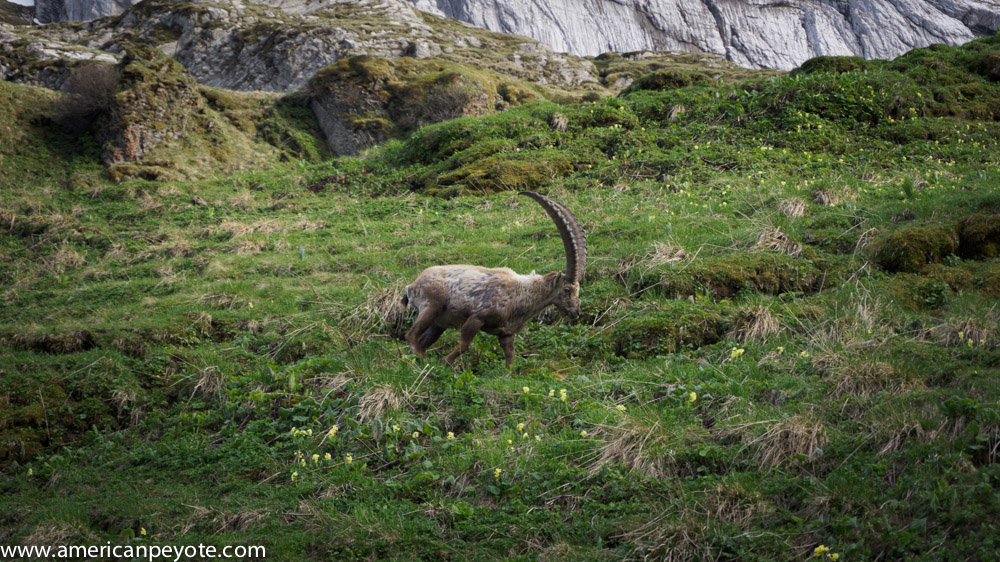 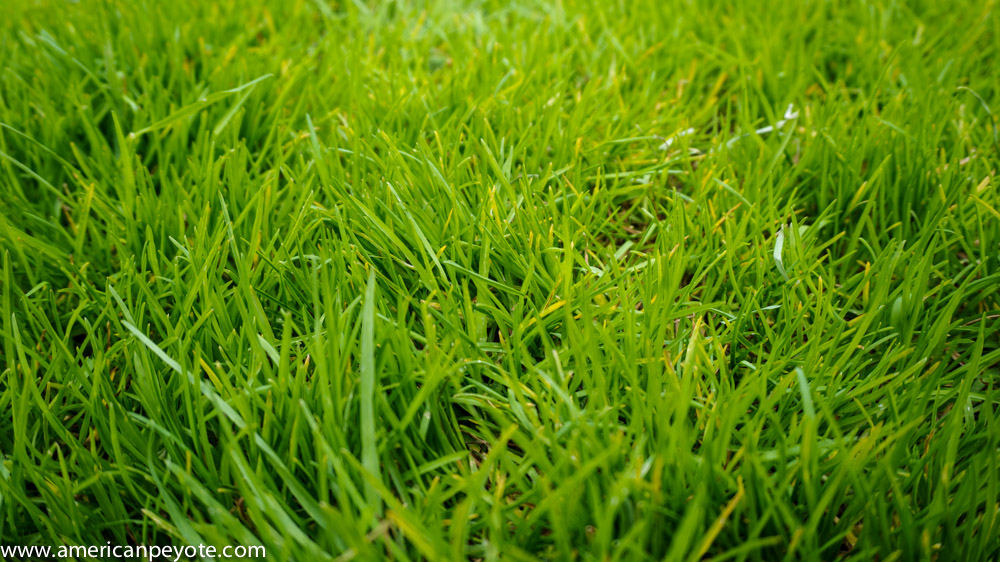 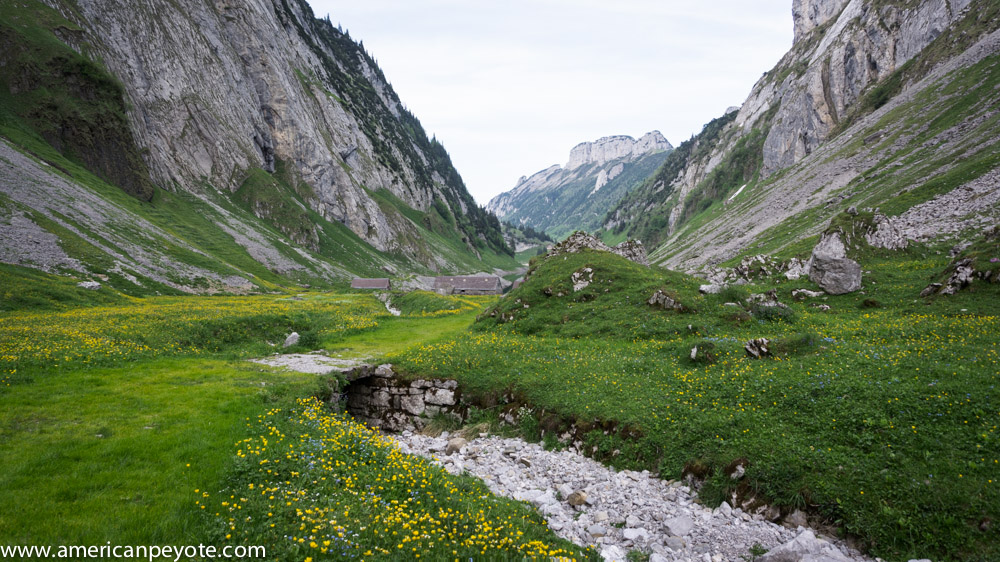 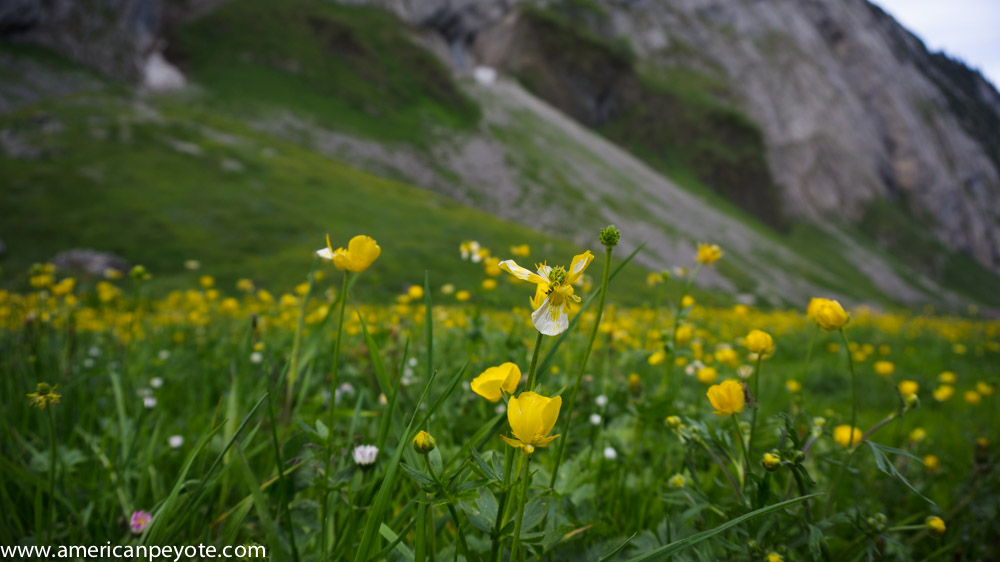 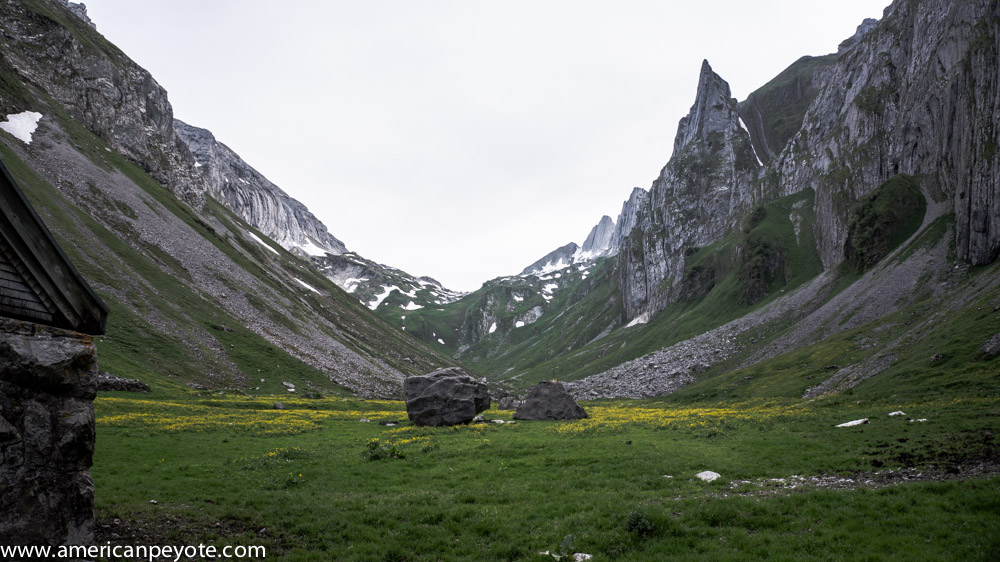 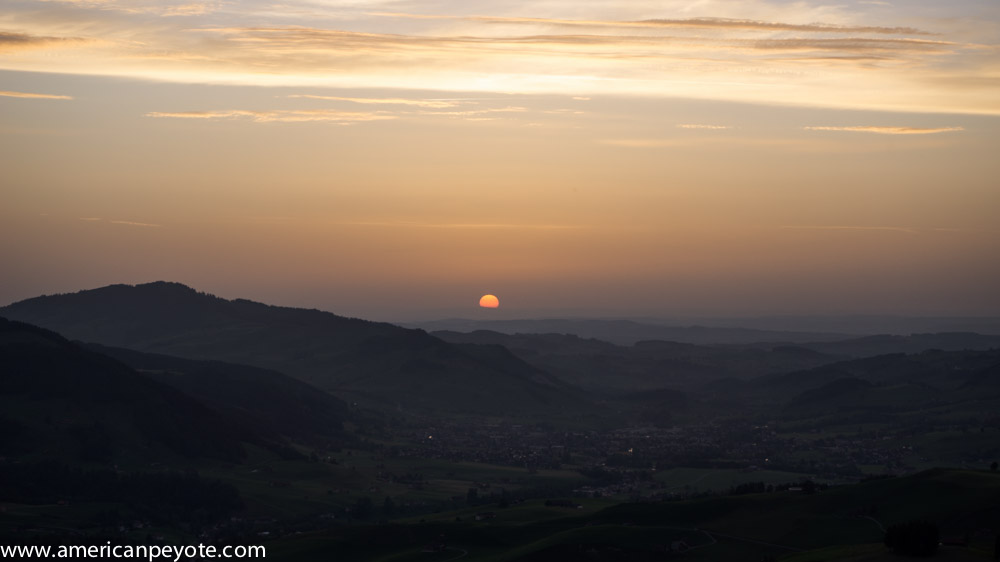 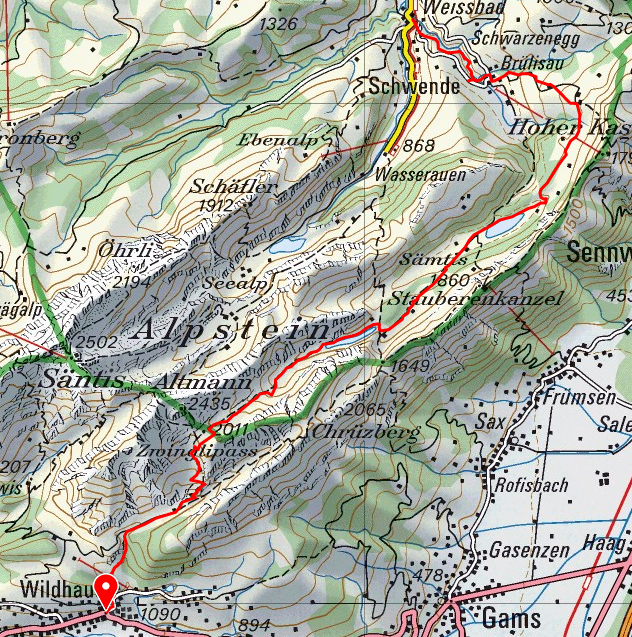 The fireball in the sky, so strong and relenting during the day was now a calm and gentle being. I stared longingly into her as she raised her warmth up towards my cheek, and touched my lips in a fading kiss before expiring.