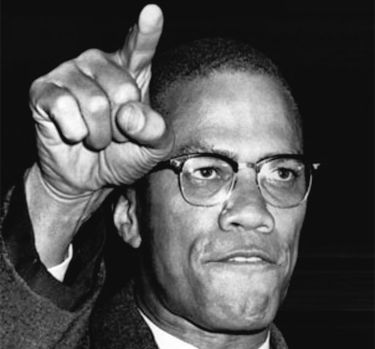 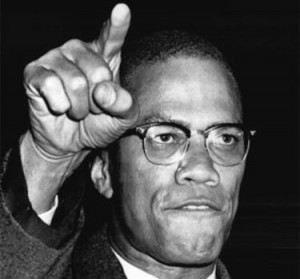 You are not releasing the Malcolm X of cameras or software, so how about not using “X” on every new product: Canon EOS 1D X, OSX, FCPX, etc. I love technology, I like the positive revolutions technology brings to the world, be they social, economic, how we think, how we work, talk, love, and realize our potential as humans. It’s getting common now to use X to denote new releases like cameras and software packages, to make consumers feel like those new iterations on a product are revolutionary in their design and capabilities. The X could mean the 10th edition, taken from ancient Rome, but in general it’s used because it sounds cool – but the person who made X stand for cutting edge revolution was Malcolm.

I first read the Autobiography of Malcolm X while taking a class at Michigan State University, just a short from where Malcolm Little grew up in Michigan. The X represents the idea that Little was the name of the slave master of his father’s family, and that their heritage had been taken from them, hence he took the last name X to represent that loss of identity.

“The Muslim’s ‘X’ symbolized the true African family name that he never could know. For me, my ‘X’ replaced the white slavemaster name of ‘Little’ which some blue-eyed devil named Little had imposed upon my paternal forebears.” ( Malcolm X, Autobiography, Perry, p. 147)

It probably started with OS X, the 10th edition of the Apple operating system. The idea was that Mac OS version 10 was a redesign of the old system, the new being based on Unix and in large way lead to the turn around of Apple, which now dominates many sectors of desktop and mobile computing systems. When Apple released the new version of Final Cut Pro, borrowing heavily from iMovie they called it FCPX. Now Canon is jumping on the X marketing-wagon, naming their new flagship the EOS 1D-X. I foresee a trend here, like using cleaver Latin names on cars. The marketing taps into the power of the word, but does so to sell a product which doesn’t live up to the potential of humanity.

The Canon 1D X isn’t a revolution in video capable DSLRs. It wasn’t oppressed by Kodak-based slave masters or beaten down by Nikon thugs hiding behind white hoods. It’s a tool to shoot still images and videos with. The X is something which screams revolution, but don’t let the marketing guise dilute the true meaning of the letter. It stands for social change, it stands for people standing up and putting their lives on the line to push for a dramatic modification of the social framework of a city or a Nation.