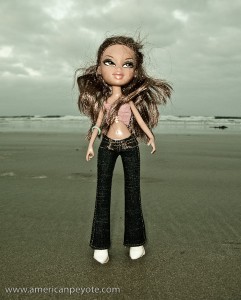 There’s a cool photo exhibition in Zurich each year. Depending on the year it has a new name, in 2007 it was called Photo07, in 2008 it was Photo08 and this year they’re calling it Photo09 (although it’s taking place in 2010). The concept is sort of the year in review, present the body of work of different Swiss photographers in one big show. Basically, each photographer presents their work from the past year in a giant old industrial hall. The images are the focus, and you walk through the visual menagerie stopping to check out interesting images and passing on others. It’s in the Maag event hall in Zurich, the cool thing about the show is that it features anyone, pros, amateurs, fashion photographers, hobby photographers, it’s just a really cool collection of visual imagery. All in all it’s a cool night out to attend the show. I checked out Photo07, was in Detroit during the 2008 show, and decided to submit a portfolio and image concept for Photo09.

I went about the submission process like it was an engineering conference, which means that as long as you pay the registration fee and present some work, you can show or talk about whatever you want. I figured, based on the Photo07 show that it was the same concept, present my photos of the past year in a layout which I think best represents my Vision09. The organizer of a conference like the SPIE Smart Materials get-together doesn’t know what will be ground-breaking research and what is worthless crap because they can’t predict the future and progression of science, and therefore generally won’t deny serious work (although to be fair, some conference organizations just want to make money and will take anything).

So long as the organizers think you’re on the level, you’re free to display your vision. I figured it was the same thing at Photo Zurich – and maybe it was at some point, but that was before the show got popular, and this year they had far more submissions than space to display them. So naturally, people had to be cut from the list. I submitted a portfolio and concept presentation to Photo09, which basically encompassed my year in photography for 2009. This was an interesting year since I had a nice combination of income, travel, and free time to think about life. My Vision09 includes images from Bratz in Rome and California to portrait shoots with Jurgita, her cousin Margarita, myself, and the Barbie Hunter Alexandra was there as well. It seemed like a cool collection of images which couldn’t be denied, but it was – and I’m fine with that.

It’s sort of discouraging to get a rejection letter for your first photography show, my first journal submission was accepted by Smart Materials (IOP Publishing) with barely a correction request. The divide between Art and Science is nonexistent for me, so I figured I would at least get in to Photo09, but on the other hand, I’ve had an equal number of articles rejected as published in scientific journals. It was actually a very apologetic rejection letter I received, so well-written in fact, I had to ask my girlfriend to confirm that they had indeed rejected me. The German was so eloquent to my non-fluent eyes that I didn’t know if I was being asked to not attend, or if I had gotten in and they didn’t want me to feel too good about myself. On the one hand this sucked, but on the other hand, it meant I wouldn’t need to pay the 250 CHF entrance fee plus the costs associated with printing out my display images. Which, in the end means it’ll make paying the credit card bill for that Zulu shield I ordered from South Africa much easier to rationalize (yes, it’s for a photo shoot).

Rejection from Photo09 stung for an instant. I’ve never been actively interested in what people think about what I shoot (not to the point that I would cry for not getting in a show). Each image is a failure in my mind, to accurately communicate the emotions and visions from my brain, so I wasn’t hurt that the editors at Blofeld Entertainment GmbH didn’t want to show my pictures. However, since I went through the editing process of putting together a presentation concept for Photo09 in Zurich, I figure I should display it somewhere. Since the web is one of my main platforms of choice to display imagery, I figure I’ll do it here (Vision 09 on Issuu). I’m slightly scared to see what  the Vision will bring in 2010.